How can you flip a coin in Glow?

Flipping a coin is a game as old as, well, coins. Alice throws the coin in the air, Bob calls whatever he thinks is going to be the outcome. The loser pays the winner the agreed amount.

However, on blockchain, there is no such thing as in the air. So, how can we have something random that has a 50 / 50 chance for Alice?

For example, Alice flips her coin. Bob flips his coin And then Alice wins if both coins match. Or Bob wins if the coins are different. Both outcomes have a 50 / 50 chance of happening. 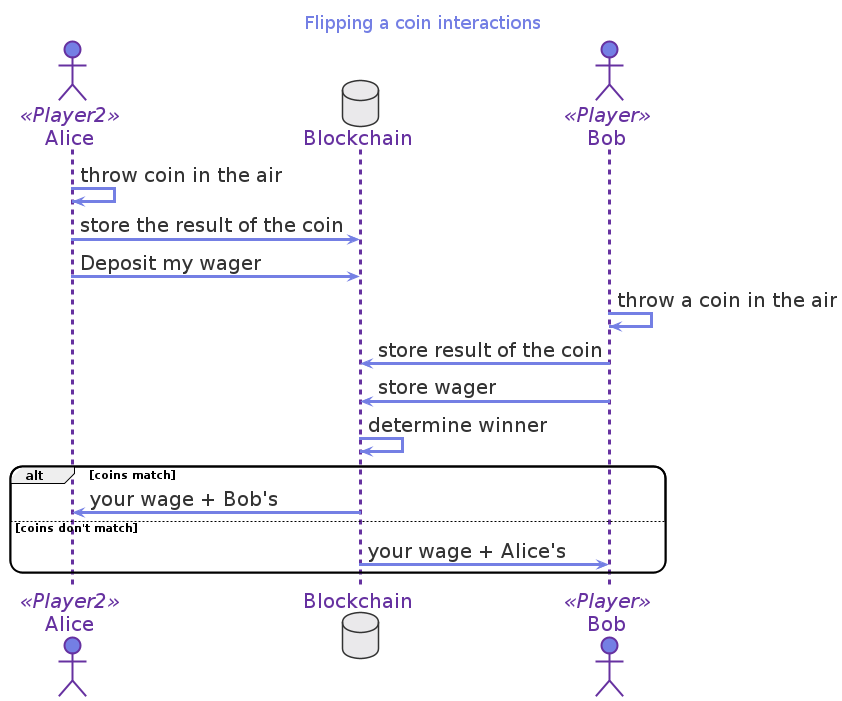 Now it is Bob's turn: